Water Your Flowers, Not Your Weeds

"Selling your winners and holding your losers is like cutting the flowers and watering the weeds."
- Peter Lynch 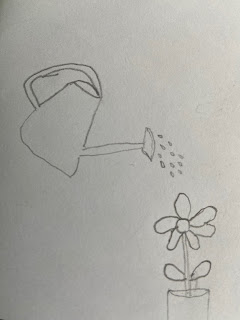 An ongoing theme of my purchases in recent months is adding more to my positions in companies whose shares have increased in value ("winners"). Acknowledging this reality led me to explore the reasons behind this choice. Below are some of the key reasons why I have chosen to follow Peter Lynch's advice.

Accelerate the Compounding Process
Letting the power of compounding work for you by not selling winners early can lead to huge gains. My small October 2013 purchase of Microsoft grew to one of the largest positions in my portfolio. Before adding to this position in December 2021, I simply let the compounding process happen, but didn't accelerate it by adding additional shares. The choice to add to one of my biggest winners seems obvious in hindsight, but felt challenging over eight years given most of the metrics I track never led me to believe Microsoft's stock price would continue to rise.

Momentum is a Strong Force
Newton's first law indicates that "an object in motion stays in motion with the same speed and in the same direction unless acted upon by an unbalanced force". Extrapolating to a company's shares would seem to imply that stock prices will continue to go up unless there's a good reason they should stop or reverse course. Historically, I haven't put much faith in momentum when it comes to the stock market, and mentally have a very hard time "averaging up" my purchases. However, having seen the negative impact of averaging down on a couple of holdings (including Nortel around 20 years ago), I decided to make momentum my friend instead of fighting against it.

Lower Fear of Missing Out
After going through a phase of selling companies after I thought they became over-valued ("cutting the flowers"), that included exiting Home Depot prior to it tripling in price, managing my fear of missing out became more of a priority to tackle. Although I don't know who said it first, the idea that a company's stock price can always climb higher than you think is reasonable is something I've been trying to park at the front of my mind. Instead of trying to profit off of short-term stock price movements upward, being a long-term investor, I'm more interesting in sticking around for years when stock movement becomes indicative of business success.

Be Comfortable with Larger Positions
For years, I have tried to limit position sizes to a maximum of 5% of my portfolio. I have no idea why I used 5%, nor do I remember where the thinking came from. As I have tried to decrease my holdings over the past couple years, I started to question the 5% maximum, and now realize it's less realistic given only 35 holdings. Going forward, I'm scrapping 5%, and am comfortable if my large positions best represent my conviction and confidence in certain holdings.


Clearly, the concept of adding to winners, and not averaging down on losers has been difficult for me. That said, I consider the implementation of the philosophy to be a journey, that will likely lead to a better destination as I follow this new path.